Home 5 For Patients 5 Who Gets Kidney Stones?

Who Gets Kidney Stones?

A lot of people, even as far back as a 7000-year-old Egyptian mummy discovered by scientists, have evidence of kidney stones.1

Every year, more than half a million people seek emergency treatment for kidney stone problems. Worldwide, 1 in 10 people might expect to have a kidney stone in their lifetimes. And over the past 30 years, they’ve become even more common, growing from less than 4% to more than 5% of the US population.1

It was previously thought that men were 3 times more likely to form stones than women. However, recent evidence suggests that women are forming stones at an increased rate, and currently the male to female ratio of stone formation is only 1.3 to 1.2

One stone can lead to another

If a person gets a stone, he or she has a 30% to 50% chance of getting another stone within 5 years.3 The average rate of new stone formation in those who develop recurrent stones is 1 every 2 or 3 years.4 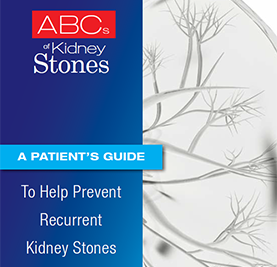